Sneaky Signs Of Cancer That Can Go Un-noticed

Cancer is a scary word. The very mention of it can make you shudder and feel sick to your stomach. And for a good reason, too: cancer is one of the most dreaded diseases in our world today. It’s also something that we all fear will affect us or someone we love at some point in time during our lives. Despite how much we know about this disease and its terrible effects, there are still many who don’t know the symptoms!

Noticing frequent and unexplained stomach pain or nausea is a very common symptom of cancer. It can also indicate pancreatic problems, gallstones, ulcers, and other gastrointestinal diseases. Stomach pain and nausea can be caused by many things other than cancer, but it is still important to watch for these symptoms if they happen frequently and last a long time. However, if it frequently happens for no apparent reason, you might want to get checked out by your doctor just in case the problem could be more serious than expected!

Losing weight without trying can be a symptom of cancer. If you find yourself losing more and more pounds with no explanation, it’s time to get checked out by your doctor. Many people think that the only reason someone loses weight is that they are sick or aren’t taking care of themselves; however, this isn’t always true! Sometimes certain types of cancers cause weight loss as well as fatigue and weakness despite getting enough sleep and eating healthy meals regularly. This makes it important for those who experience these symptoms frequently to see their doctors right away to prevent any serious health problems from arising.

Coughing And Other Respiratory Issues

Any type of respiratory problem such as coughing, wheezing, and shortness of breath can be a sign that something might not be quite right in your body. If you notice any changes in your breathing patterns, such as coughing up blood, it’s important to see a doctor immediately! Although most respiratory problems aren’t life-threatening on their own, they still need to be taken seriously because these symptoms could indicate the presence of lung or throat cancer.

Noticing sores that won’t heal is a very common indicator for throat and lung cancers. Sores can also appear on the skin if certain types of cancer cells are present in the body; these usually take form as hard lumps under the skin or open wounds with an unusual shape or color. Although they may not hurt to touch, you should still get them checked out by your doctor just to make sure there isn’t something more serious going on than what meets the eye. You’ll want to catch anything potentially life-threatening before things start getting out of hand and more serious health problems start arising!

Pain In The Bones And Joints

Cancer can also cause pain in the bones and joints, weakening your body’s overall defense system. This means that you may experience back or knee pain for no reason at all—in fact, sometimes these pains are so bad that they will make it difficult to move around. Although this is a rare symptom among those with cancer, anyone who experiences unexplained joint/bone pain should see their doctor immediately just to be safe! If left unchecked, bone pain could lead to osteoporosis which would only make things worse than expected; therefore, if you find yourself suffering from constant discomfort in your knees or other areas, you should see your doctor!

The skin is one of the most common places that cancer can affect us in. When you see changes in your skin, such as lumps or rashes, it’s important to get them checked out by a doctor so we can rule out any serious health problems! Skin cancers are very similar to moles and warts—they take form under our skin, but they aren’t exactly what many people would want to have on their bodies for life. Although these types of tumors usually don’t cause pain unless they’ve formed into an actual lump, you should still take care of it immediately before things start getting worse!

Another thing that might go unnoticed is a change in bathroom habits. If you find yourself going to the washroom more or less than usual, it’s important to see your doctor and get checked out so we can rule out any serious health problems before they become too much for us! People often think this symptom isn’t as big of an issue as other symptoms, such as coughing up blood. But, the truth is, it depends on what kind of cancer cells are present in our body at that time. Some forms will cause us to urinate frequently, while others may make it difficult to pee altogether.

One final symptom that not many people know about is brain fog and dizziness. When certain cancer cells begin to take over our body, it can cause us to lose focus and feel foggy in the mind, even when diagnosed with a very treatable form of cancer. Although this symptom is quite rare overall, it’s still something that anyone who experiences dizziness or fogginess should get checked out by a doctor right away—you never know what kinds of things could be going on behind the scenes!

Again, these are all very common symptoms among those with cancer. Although some of them aren’t as severe—such as a change in bathroom habits or brain fog and dizziness—they should still be taken into consideration when figuring out what exactly is going on inside our bodies! Getting any of these checked by your doctor could help save your life from something more serious down the road. It’s definitely worth making an appointment right away if you notice anything suspicious happening to your body that you cannot explain.

The Healthiest Ways To Eat During The Winter

The colder months can be challenging when finding the healthiest ways to eat. There are so many delicious comfort foods that can be hard to…

Read More »The Healthiest Ways To Eat During The Winter

How Vitamin A Is Critical For Your Health

Vitamin A is a fat-soluble vitamin that is essential for a variety of functions in the body. Vitamin A can be in two forms: preformed…

Read More »How Vitamin A Is Critical For Your Health 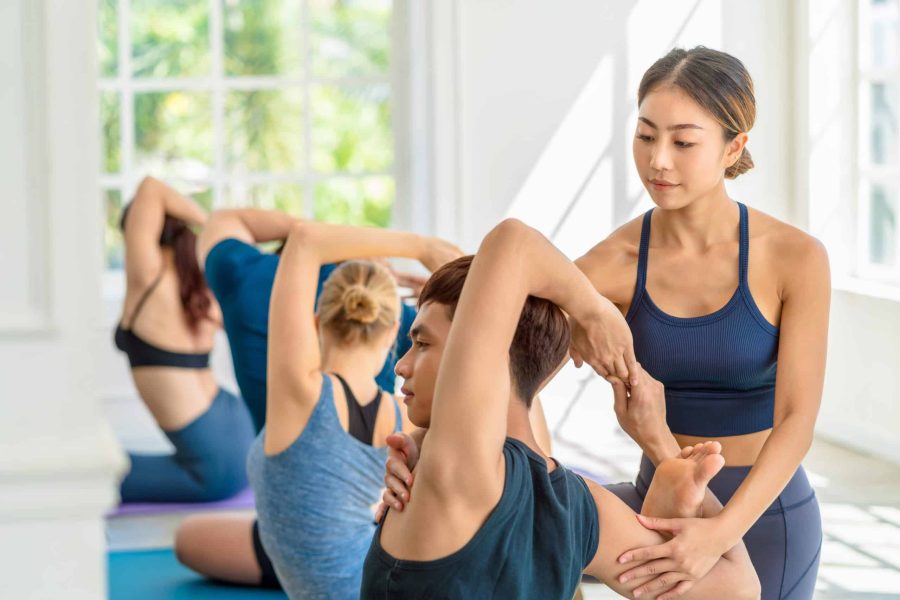 Exercises To Keep You Limber

Do you ever feel stiff and sore? If so, you’re not alone. Many people experience joint pain and muscle stiffness as they age. Fortunately, some…