What Do The Stars Say About Election Day?

The 2020 elections were interesting. Not only was the whole country going through major political upheaval, but the rest of the world, too, waited with bated breath. Most countries across the globe are reading the headlines Joe Biden has made. But are you curious if he won against all odds, or are there more odds to follow? Were the stars favoring Biden or Trump? What does astrology say all about this election?

But first, we must remember why astrology is worth checking out. Things are not stable yet – in fact, there is more potential for more significant and stranger changes to come to the country’s way. Maybe looking at what the celestial bodies and the universe tell will help us sit calmly for this drive. Think of it as a spoiler that you’re grateful for, or a trigger warning, or even a summary for a new good show you wouldn’t expect to be your thing. These are undoubtedly unpredictable times, and holding on to a little semblance of control will not harm you. If anything, it’ll prepare us properly. We can brace ourselves for whatever comes next. On a happier note, we can also be validated and assured that something good will happen.

The planet of communications, known as Mercury, started the backspin on October 13. What does this mean? Well, it’s a signal-jamming transit. It makes its appearance three times a year, and recently we saw the last appearance of the eventful 2020, ending on November 3. Quite naturally, you must be wondering what’s so special about it. Well, the last time election time coincided with Mercury in retrograde was in 2000, during the Bush-Gore race, and that, as we’re aware, remains a topic of heated debate.

So why does it matter that Mercury was in retrograde? Since it’s the Post Office ruler, there’s bound to be a necessity of double-checking the ballot. Did you fill the ballot exactly how you wanted it? Did you mail it correctly? Did it arrive how it was supposed to? These were the questions you, and so many other voters, probably dealt with, and it makes sense.

November 12 is the day of Jupiter, the planet that tells the truth, meeting with Pluto. Pluto has been linked with viruses –yes, you can see where this is going. A lot about this seemingly unpredictable 2020 makes sense when you look at how astrology has already given us multiple warnings. When a similar meeting happened on June 30, there was a terrifying rise in the cases of COVID-19 infections. As the day of the meet up is upon us, many countries worldwide have started imposing new lockdowns and local restrictions.

Indeed, these are some passionate events as the two months retrograde of Mars finally releases this combative red planet to directly go into Aries, known for being headstrong. This will happen on November 13, a day after the Jupiter-Pluto meets up. Citizens are likely to express their long-suppressed rage, and emotions will be passionately let loose in the outside world in the month’s back half. A word of caution –since September 9, the day Mars started its backspin, anger has not been unfamiliar as the prominent emotion coursing through people.

Add to that the lunar eclipse, predicted to take place on November 30, on the horizon in Gemini! Not to terrify you, but the planets have been signaling a civil uprising. The Black Lives Matter protests have also been linked with the Gemini new moon of May 22. Society, as a whole, is likely to be affected in significant ways, and astrology has been right about many things this year.

Donald Trump’s birth sign is Gemini, the sign through which his North Node travels. This happened on the third of this month. Such a transit rarely happens, only once in nineteen years. Interestingly, this time the travel was at twenty degrees Gemini –precisely the opposite of that in Trump’s birth chart. Even more eerily, the North Node of Donald Trump was right above his Sun during the period he was diagnosed with the infection this year. The Sun rules health and vitality, and clearly, they were affected. Interestingly enough, this cosmic timing spells out a change in career for Mr. Trump –looking at how elections are going, you can see how it bodes for him.

Perhaps Joe Biden’s lead owes thanks to not only his stars but also the current President’s. However, we shouldn’t be too quick to conclude. Both Trump and Pence have the sign Gemini. And the Mercury retrograde in Scorpio –which is Biden’s sign –lasted until the 27th of last month. Then, till November 3, it was in Libra, the sign of Harris. With so much planetary commotion happening at once, we cannot put a clear-cut mark on what will happen in the near future. To put it in other words, things are going to stay undecided for a while. Strange things could surface, and stranger decisions could be made –some long-buried pieces of information coming out at the last moment, for example, is not a possibility we should discard. However, the chaos in the cosmos is not the sole determiner of things –at least not the way we believe it to be. The planets always leave some choice to us, and if you’ve done your part in the voting, it’s only patience that’s going to help you out.

Major Hints Astrology Is Giving Us

To sum it up, some significant strings are being pulled by the cosmos at the same time. Protests are likely to erupt, Donald Trump could have a karmic reckoning, a career change, and there could be a dangerous rise in the COVID-19 cases. There’s also a massive chance for last moment surprises to enter the mainstream media and shake the game up. Society at large could be dealing with great fits of rage, expressing a lot of repressed anger. Reasons for suspecting complications regarding mailing votes are enough. With so many mixed signals, what do we conclude, and more importantly, how do we come to that conclusion?

As always, planets have given us odds to fight against and resources to decide our future and the world at large. As some world leaders already congratulate Joe Biden, many countries are waiting for a tad more concrete and official statement from the White House.

Whatever happens, this much is guaranteed, as individuals, our responsibility is to ensure that peace prevails in the country. Whether you consider our social responsibility as concerned individuals and wear a mask while out and try to stay at home, or help out those in need with what could possibly be another bout of public outrage, it’s at the ground level our society starts building up. The cosmos are saying that you have an immense role to play.

Helpful Products For People With ADHD

With the increasing technology, sedentary lifestyle, and scarcity of time, people don’t have time for each other, leading to many physical, mental, and neurological… Read More »Helpful Products For People With ADHD

Potential Side Effects From Vaccines

As the pandemic continues, it’s now clear that social distancing, face-covering, and handwashing alone are not enough to contain the virus. While all of… Read More »Potential Side Effects From Vaccines 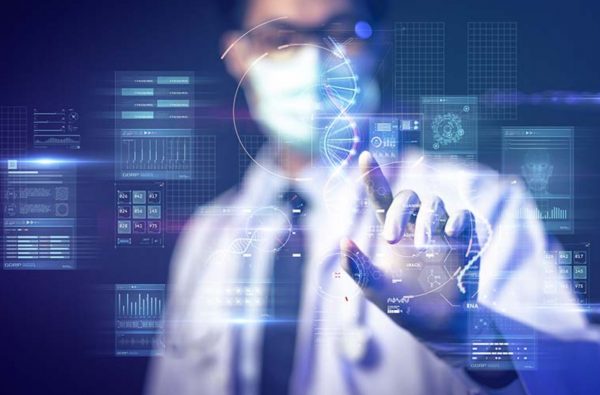 With the global pandemic still haunting for over a year now, the healthcare industry norms are getting an overhaul. The pandemic has not only… Read More »5 Health Care Trends To Look For In 2021

Helpful Products For People With ADHD

The Importance of Staying Fit in Retirement

This website uses cookies to improve your experience while you navigate through the website. Out of these, the cookies that are categorized as necessary are stored on your browser as they are essential for the working of basic functionalities of the website. We also use third-party cookies that help us analyze and understand how you use this website. These cookies will be stored in your browser only with your consent. You also have the option to opt-out of these cookies. But opting out of some of these cookies may affect your browsing experience.
Necessary Always Enabled

Any cookies that may not be particularly necessary for the website to function and is used specifically to collect user personal data via analytics, ads, other embedded contents are termed as non-necessary cookies. It is mandatory to procure user consent prior to running these cookies on your website.